Bulgarians Can Visit 168 Countries in the World without Visas 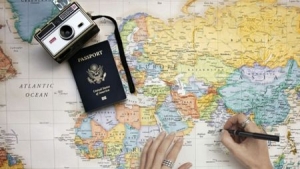 Bulgarians can visit 168 countries without visas in the world. This is shown by the passport index data, which is compiled by the Swiss consulting company Henley & Partners.

Bulgaria ranks on the prestigious 19th place, having lost one position compared to last 2018. By this indicator, Bulgaria is ahead of most of its Balkan neighbours. Serbia is 41st. Its passport gives free access to 131 countries around the world. Montenegro and Albania have roughly the same results - 47 and 52 respectively. They can visit 122 and 113 countries without a visa. Immediately after Albania is Turkey. Her passport is rated 53rd and gives free access to 110 countries. The last of the Balkan countries is Kosovo on the 100th place.

Bulgaria is overtaken only by Greece, which is in 6th place, and its passport gives the right to visa-free visit to 183 countries. Romania is next to Bulgaria, on the 18th place.

The first place in the ranking is shared by Japan and Singapore. Their citizens can visit 189 countries without a visa. Germany, Finland and South Korea are second with 187 countries. The third is Denmark, Italy and Luxembourg with 186 countries. The last place is for Afghanistan. Its passport allows the people to go without a visa in only 25 countries.

From the former Soviet republics, whose citizens visit Bulgaria as a tourist destination, first is Ukraine. The country is ranked 44th with 126 countries. The next is Russia at 51 position - 116 countries without a visa, and Belarus is 69th with 75 countries.

Rate this item
(0 votes)
Read 542 times
Published in News and Events
More in this category: « The Biggest Flat Glass Production Plant in Europe was Opened in Bulgaria Mongolia-Bulgaria Business Meeting Held in Ulaanbaatar »
Login to post comments
back to top