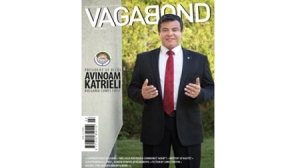 In the constantly changing global reality along the development of ever stronger relations between Bulgaria and Israel emerged the need of a formal coordinating strategic body to leverage and reinforce the economic and commercial cooperation between the two countries. The Binational Chamber of Commerce Bulgaria-Israel works in cooperation with the Embassy of Israel in Bulgaria and other official bodies in Israel, as well as the Bulgarian government to attract new investments in Bulgaria and develop trade, economic and humanitarian relations between the two countries.

The President of BCCBI Mr. Avinoam Katrieli has been investing in Bulgaria for 20 years. He settled in Bulgaria 10 years ago. One of his biggest projects is Plana Heights, the construction of a brand new green suburb of Sofia, recognized by the Council of Ministers in Bulgaria as a priority project. Mr. Katrieli is also the founder and the President of the I Love BG Foundation.

Mr. Katrieli, as President of  BCCBI you already voluntarily donate a lot of your time to improve Bulgarian economy. How did you decide to create a foundation as well?

When we analyzed that many investors skip Bulgaria as business opportunity destination we asked ourselves: Why? How come? Low taxes… great food… amazing people in their free time and good and talented workers when they are occupied, the most beautiful nature in the world… lots of undeveloped business opportunities… This is Bulgaria! What possible reason could be not to come to make business here?!

After deep research we came to the conclusion that the answer concerns mostly the wrong image Bulgaria has and the institutional administration. I Love BG Foundation was created with the vision to unite the Bulgarian nation under the wings of mutual respect, love and social interaction; to awaken the noble qualities among Bulgarian citizens: modesty, generosity, warmth, kindness and desire for mutual assistance existing in the soul of every Bulgarian; to reveal to the world the beauty of the Bulgarian people, the beauty of the Bulgarian state and its culture, thus improving the image of Bulgaria and awakening the pride of being a  Bulgarian as a part of a warm, caring and loving community.

Israel has just celebrated its 70th birthday. Where did you celebrate?

If I can borrow and slightly change what American President Donald Trump says: Bulgaria comes first! I have lived and dedicated my life to Israel. Now I live in Bulgaria and my life is dedicated to Bulgaria. Israel has achieved a lot in 70 years. Modern democratic Bulgaria is only 30 years old and there is still a lot to be done. I celebrated here with my friends.

BCCBI is extremely active organization. Could you share with us its major goals for 2018?

BCCBI is concerned with every issue with development potential for Bulgaria. In the short term we help businesses and projects but in the long term we support and enhance developing processes.

In November 2017, the BCCBI held an event called "The Educational System in Bulgaria as a Factor Preparing for the Labor Market." Over 70 guests attended, including the Israeli Ambassador to Bulgaria and other members of the diplomatic community, the Bulgarian Minister of Education, Sofia's Deputy Mayor, other Bulgarian representatives, executive directors of some of the leading companies in the country that are members of the BCCBI like SAP, TEVA-Actavis and others.

On 31 May BCCBI will organize an event called "Legal and Tax Enforcement as a Factor for Improvement of the Bulgarian Economy in Support of Business Development." Two of the best experts, Prof. Ognyan Gerdzhikov and Prof. Plamen Oresharski, who both have been prime ministers, will open the event with brief descriptions on the current situation. A discussion panel will follow. In the event will participate experts from the Ministry of Justice, the Ministry of Economy, the Sofia Municipality, the Prosecutor's Office and other law entities, as well as executive directors, diplomats and members of academia.

Those are small, but important steps towards development of long-term-processes.

Israel is one of the foremost world powers in regard to cyber and state security. How can Bulgaria, as an ally, take advantage of this know-how?

In regards to security issues I have been lucky to develop a strong business partnership with Mr. Tsvetlin Yovchev who is the official representative of some of the most advanced and capable Israeli companies in the security field.

Mr. Yovchev has a decorated intelligence career that culminated in his 2008 appointment as Chief of DANS, Bulgaria's State Agency for National Security. He left this position in 2011 to serve as national security advisor to the Bulgarian Prime Minister and in 2012 was named Chief of the President’s cabinet. Following these posts, he became a non-affiliated technocrat Interior Minister and Deputy Prime Minister in the Oresharski government. Since leaving national politics, he has worked as an outside security and intelligence advisor to various European governments and supranational agencies. He maintains high-level relationships in international security and law enforcement services throughout the world. He is also a university lecturer and a regular speaker at international conferences on IT security, anti-corruption, strategic analysis and crisis management.

Together with Mr. Yovchev we are helping to implement in Bulgaria Israeli know-how and experience in dealing with security issues.

What are the most common challenges that members of BCCBI are dealing with when making business in Bulgaria?

Members of the Chamber usually come to us for business advice and ideas, when they are looking for partners. The other most common topic concerns assistance with institutional administration. I am also proud to say that more and more of them are ready to give a hand in solving social and humanitarian issues.

Please, share with us the latest updates on your ambitious project Plana Heights.

We are working closely with the Ministry of Regional Development to prepare the infrastructure connecting the new city with the settlements around. We are ready to file the infrastructural plans for the first neighborhood in the Samokov Municipality. Everything is proceeding as planned and very soon we will hold an opening ceremony.

Rate this item
(0 votes)
Read 4758 times
Published in Top News
More in this category: « Secretary General of BCCBI Mr. Emil Magrisso came with a delegation of participants to the Israeli Agritech The President of Binational Chamber of Commerce Bulgaria - Israel, Mr. Katrieli met with the Head of the Cabinet to Minister of Agriculture, Food and Forestry, Mr. Katsarchev »
Login to post comments
back to top