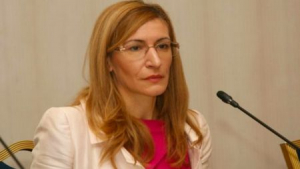 “Bulgarian tourism is becoming increasingly more competitive because of its wide variety of high-quality services. Last year saw the bankruptcy of Britain's largest tour operator and other challenges, but the sector continued to make a sustainable contribution to the country's economy," Tourism Minister Nikolina Angelkova said at a working meeting in Brussels with Carles Mosso, Deputy Director-General at DG Competition of the European Commission, said the press centre of the Ministry of Tourism, cited by Focus News Agency.

"Europe continues to be a leading tourism destination in the world, but we need to constantly develop its potential," said Minister Angelkova.

The two discussed the role of the industry in the sustainable development of the European economy – tourism generates 10.3% of EU GDP and creates over 27 million jobs. The important role of new technologies and digitalisation for the tourism industry was also commented. "Very useful tourism applications have been created and they should help more tourists to discover new sites and unfamiliar places," said Minister Angelkova.

She explained in detail the Ministry's mechanism for promoting organised tourism through advertising, which was announced last week. The mechanism aims to maintain and expand Bulgaria's position as a sought-after destination by increasing the efficiency of marketing activities and boosting direct sales of travel packages. Target markets for the project are Russia, the United Kingdom, Germany, Poland, Hungary, Czech Republic and Slovakia, and its budget is BGN 15 million with VAT. The results will be reported on the basis of overnight stays at the accommodation establishments included in the Single Tourism Information System, which the ministry has put in place.

Mr Mosso congratulated the minister on the established mechanism and stated his willingness to assist in the implementation of other such initiatives.